How to Bake the Perfect Cornish Pasty

Because not all Cornish pasties are baked the same..

Whenever we visit our self-catering villas in Cornwall one of the first things we do is find a traditional, home baked Cornish pasty. The Cornish take their recipe very seriously and for that reason you will not find a better Cornish pasty anywhere else in the UK.

The Cornish pasty is so ingrained in the Cornish roots that popular bakery chain Greggs has tried and failed to break the Cornish market. At present there are no Greggs stores in the County of Cornwall, which is the only county in the UK not to have any.

There is even an official Cornish Pasty Association whose mission it to “Champion and protect the authenticity and distinctiveness of the traditional Cornish Pasty“. With the association claiming that the pasty is worth over £65 million to the Cornish economy, it’s no surprise they want to protect a true Cornish legacy.

One of the most iconic spots to pick up a pasty is at one of the many Nile's Bakeries across the region. Producing these popular bakes since 1955, what once was a kitchen counter-top operation now operates in 9 spots across Cornwall, many of which are accessible for our Together Travel guests. We love these flaky treats so much, that two of our holiday homes are actually located within one of the old Nile's Bakeries on the popular Lostwithiel Street in Fowey! Intrigued? Discover The Old Bakery and Crimpers Cottage... 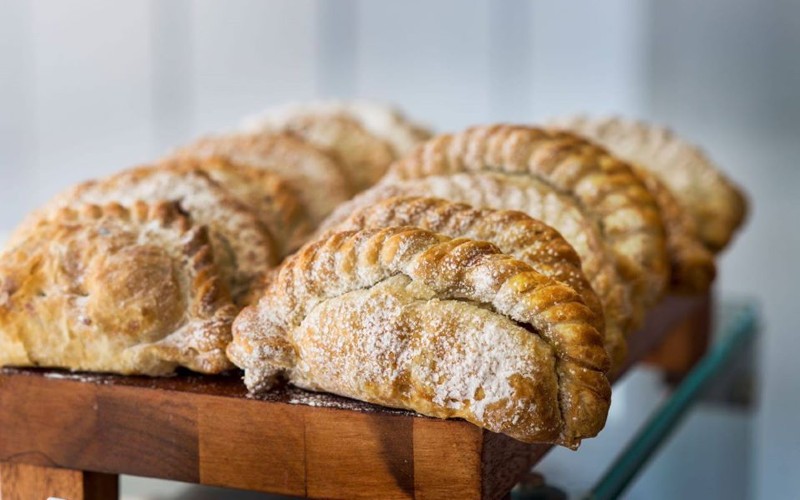 So how to bake a traditional Cornish pasty…

We’ve compiled a recipe from a range of different websites that claim to have the perfect traditional Cornish pasty recipe:

1. Firstly add the salt, flour, lard, suet or white shortening (whichever you’re using) along with the butter to a large mixing bowl.

2. Mix the ingredients together using a spoon and then use your fingers to rub the mixture together until it starts to resemble breadcrumbs.

3. Add the water, mix together and knead until the pastry becomes elastic - you can use a food mixer if you have one. Since Cornish pasties contain more filling than regular pasties you will need to knead the mixture for longer so that it’s able to hold the filling and retain a good shape.

4. Cover the mixture with cling film and leave to rest in the fridge for at least 3 hours. The mixture needs to chill in order for you to roll it sufficiently.

5. Whilst the mixture is chilling peel the onion, swede and potato and cut into cubes about 1cm square. Cut the beef into similar sized chunks and then place all four ingredients into a bowl and mix well, seasoning with salt and freshly ground pepper. Cover the bowl and put it to the side until the pastry is ready.

6. Once the pastry has chilled, roll it out and cut into circles approximately 25cm in diameter.

7. Layer the meat and vegetable mixture on one side of the pastry, and add additional seasoning.

8. Fold the pastry over the mixture and then fold the sides on top of each other, pushing down with your fingers to hold it in place. Crimp the edges together using a fork.

9. Glaze the pasties with beaten egg before putting in the oven.