5 Scottish Castles to Visit This Year

Step off the Beaten Track & Discover Scotland's Most Iconic Castles

Scotland has been home to more castles than anywhere else in the UK, with there being around 1,800 castles that have previously, or still do stand today. Although some of these are small remains of what previously stood, there are many impressive and historic castles that still stand in all their original glory.

From the Castle of Mey near John O’Groats, to the iconic Edinburgh Castle, there are many to explore, each with their own unique characteristics. England may claim the oldest inhabited castle in the world and Wales may claim more castles per square mile than any other country, but Scotland has arguably some of the most scenic castles in the world. Plus, Scotland apparently has around 1 castle per every 8,500 people. That is a lot of castles.

Below we’ve listed five castles located all over Scotland that are off the typical tourist route. As well as the castles being spectacular, many of them have a range of other must-see things to do nearby, so they’re all definitely worth a visit. 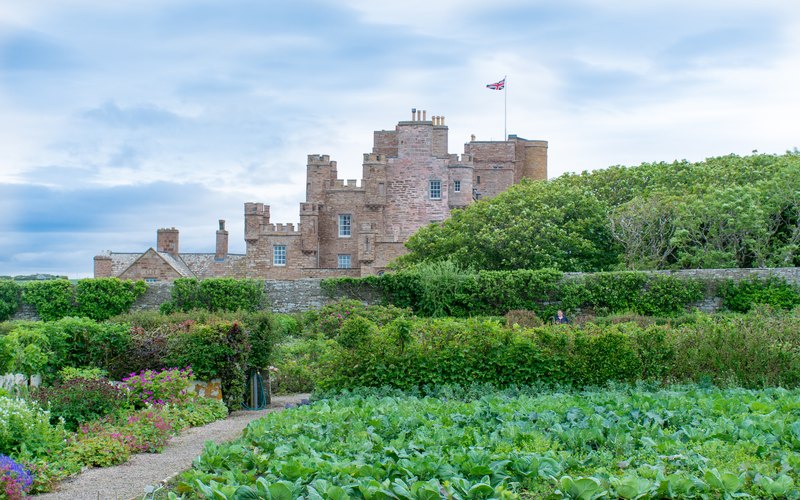 Located just a 15 – 20 minute drive away from our self-catering accommodation in John O’Groats, is the Castle of Mey, which was the most northerly inhabited castle in Scotland.

A regular holiday spot for the Queen Mother, the castle has featured on Netflix’s The Crown and is recognisable for its lush and incredibly well-maintained gardens.

As well as the option to take a tour of the castle grounds or gardens, there is also an animal centre on site and a tea-room. 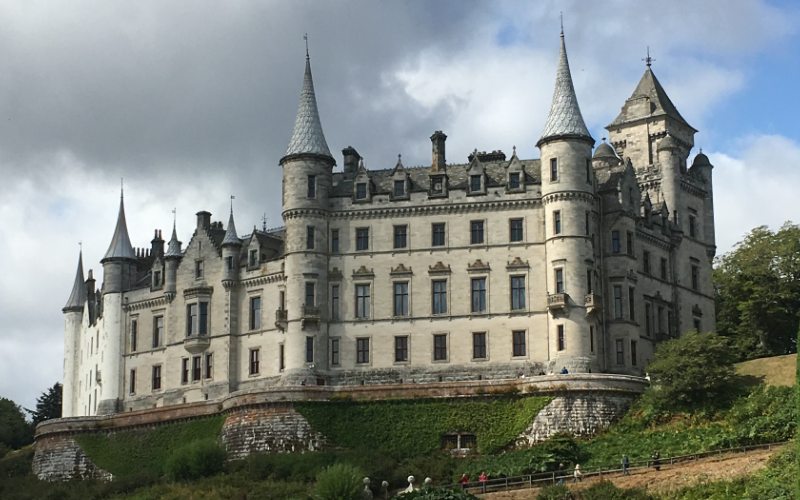 Distancing itself from the traditional design of Scotland’s castles is the Dunrobin Castle, which is probably the most fairy-tale like looking castle you’ll find in the UK. Based in the Northern Highlands, on the coast near Dornoch, the stunning castle dates back to the 1300s, with the design resembling a French Chateau.

With over 180 rooms, touring the castle alone can take all day, but they also have plenty more things to see and do when you’re there. From exploring the vast and extremely well maintained gardens to visiting the museum and their falconry shows, you can easily spend a whole day our with the family here.

The castle is closed from November - April, so make sure you check their website and plan your visit before setting off. 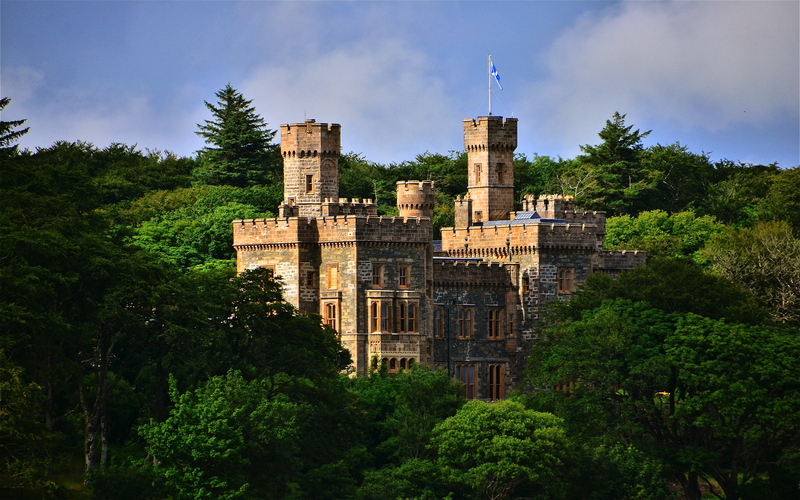 Lews Castle, based in Stornoway on the Isle of Lewis, is an 18th century castle overlooking the ocean. It has had extensive refurbishment work in the last few years, reopening to the public for general tours of the castle, as well as housing a museum, whisky bar and cafe on site.

The museum showcases the distinctiveness of the Outer Hebrides, shaped by a unique combination of land, sea and people. You can hear from islanders about the Gaelic language, view the Outer Hebrides as never before in a wrap-around audio-visual presentation and even view six of the world famous 12th Century Lewis Chessmen ivory chess pieces.

If you want to stick around for the weekend, you can stay in one of the luxury apartments within the castle too, accommodation can be viewed here.

Based in Stonehaven, close to Aberdeen, the historic remains of the cliff-based Dunnottar Castle stand in all their glory. The castle is rich in history, becoming known for saving the Scottish Crown Jewels from destruction during the attack from Cromwell's army. It's also had some very famous guests, including the Marquis of Montrose and Mary Queen of Scots.

The ancient ruins of the Urquhart Castle, on the shore of Loch Ness, should definitely be on your list, as you can witness over 1,000 years worth of history on display.

The castle was once one of the largest in Scotland and has seen a vast amount of conflict over the years. The Scots and English previously fought tirelessly over it up until the 1500s, where the castle passed back and forth between them during the War of Indepence.

Today, the site has a tranquil air about it, sitting in magnificent surroundings on a rocky promenade, with an open outlook over Loch Ness. As well as wandering around the ruins you can visit a former prison cell, said to have held legendary Gaelic bard Dòmhnall Donn, see the Urquhart Ewer and the other medieval artefacts left by castle residents and much more, but the views alone are impressive enough.

For more information regarding our accommodation close to the castles mentioned above, contact our concierge team on +44(0)1625 416430